Great Leaders Perfect The Art Of Delegation (As Posted on Forbes.com on 2/21/18) 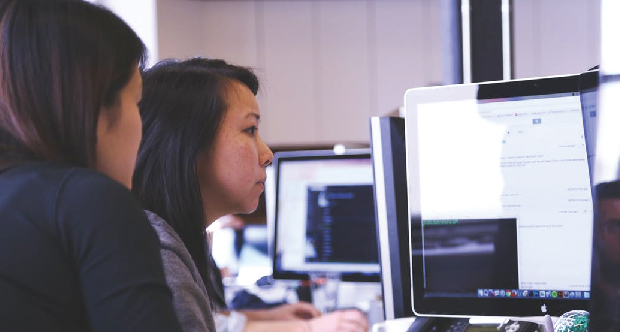 This article was written and originally posted on Forbes.com which you can view here or read below.

How do you know if you need to delegate more?

Red flag No. 1: You say things like, “I’m overwhelmed. I get sucked into too many meetings,” or “I’m drained by all of the decisions that I have to make.”

Red flag No. 2: Your ability to unplug can only be measured in hours, not days or weeks.

Red flag No. 3: You don’t delegate a task because a portion of the process is complex or has exceptions.

Red flag No. 4: You once tried to delegate a responsibility and it didn’t go well, so you took the task back.

Reg flag No. 5: You find yourself stuck in a decision bottleneck, leading to inaction on many fronts.

Red flag No. 6: You aren’t happy or fulfilled at work.

Red flag No. 7: You claim you don't have time to delegate or train someone.

How many flags resonate with you? Many of them did for me when I led my company. I've even been noticing it's true for many of my clients.

Perhaps, as a leader, you've been able to keep on top of many areas for years, but as the business grows or becomes more complex, it becomes unsustainable. Leaders often feel they can carry the whole company on their back. You have the best of intentions. You are a fix-it person and have the best of intentions. And it feels good. But the result is that your most important decisions and actions get delayed because you are too busy putting out fires.

The cumulative effect of the above red flags leads to less energy and excitement about work. More significantly, there are critical projects that are not getting your attention. So what do you do?

As Harvard Business Review puts it, "One of the most difficult transitions for leaders to make is the shift from doing to leading." There’s a psychological shift to focus your attention on areas that are vital to the company and become less involved in the daily tasks. That shift can bring about fear. “What will happen if I let go and delegate that responsibility? Will I be able to make the transition to my new role and focus? Will I be seen as less vital if I delegate certain tasks? No one can do it as good as me.”

It’s a leader’s primary responsibility to focus on the success of their people. You retain your top talent by keeping your employees engaged, empowered and letting them develop their skills to become leaders. A leader’s second responsibility is to determine priorities. Third is to address projects.

Here are steps you can take as a leader to develop your ability to delegate:

1. Notice where you are spending most of your time. If you saw yourself in many of the red flags above, you are likely spending too much time on projects. It’s a great place to start to delegate.

2. Have conversations with your top employees. Ask:

Discuss areas for you to begin to delegate. Start slowly and limit risk or exposure as you delegate. For the company to succeed, you need your team's help to take things off your plate. Identify the new capabilities that they might need and mentor them until they have the confidence and skills to make good decisions.

3. Make sure that you follow up regularly for the handoff to succeed. Resist the urge to take back what you delegated when a mistake is made. Both of you can learn from the mistake. Continue to mentor as needed.

5. Measure your success by the results of your delegating responsibilities. Their success equals your success as a leader.

After a few months, ask your employees about their level of engagement and responsibilities. What support do they need? Notice if you are spending more time on people and priorities and less on projects. If things are going well, you will be spending more time on the key strategy and vision that will impact the company, keeping you more engaged and fulfilled.

A CEO of a growing company once admitted to me several of the above flags applied to her. We first identified the areas where she should be spending her time, developing her team and the growth of the company. Then, we created a list of responsibilities she could delegate and the people she could mentor. We started small and got early wins. Within six months, she noticed a big difference in where she was spending her time. She felt rewarded by how her team responded and by the weight that had been lifted off her shoulders. The company was heading in a better direction too.

Where can you start to delegate?