Owning Your Power, Finding Your Passion: Eight Steps To Reaching Your Full Potential (as posted in Forbes.com on 4/10/19) 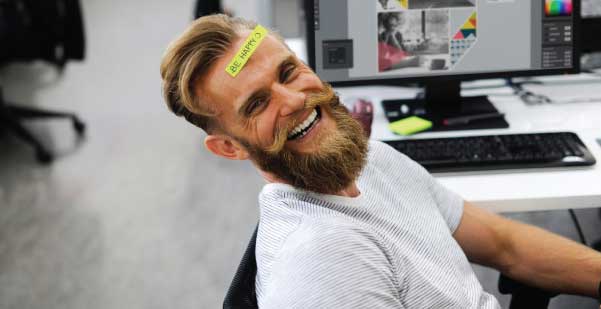 Owning your power and gaining clarity requires courage, commitment and action. My coaching clients often seek my support to identify their path to standing fully in their power. Below are the initial steps we take to help them regain their balance and change course:

1. Own that you don’t have clarity.

2. Give yourself the support to reframe your situation.

4. Craft a plan to shift from where you are to where you wanted to be.

In "Regaining Passion at Work: Are You Stuck?" I wrote about my client Paul. In uncovering the roots of what was getting in his way, we first explored the responsibilities that prevented him from doing what he loved most. We addressed his unconscious obstacles: fear of letting go, fear of the unknown and fear of failing to take his company to the next level as it grew. Paul then committed weekly time to areas where he felt most excited, rather than responding to daily fires.

Many leaders are not conscious of fear driving their choices and behaviors. In helping my clients better understand themselves, I use several tools: The 15 Commitments of Conscious Leadership, neuroscience-based practices and a personality typing system called the Enneagram. The Enneagram helps you in understanding your strengths, as well as unconscious motivations and unproductive patterns keeping you stuck. Paul is a “3” (Achiever) personality type.

His strengths were his ability to get things done, meet deadlines and understand each client’s unique needs. But as the demands of his business grew, he could no longer keep up. As mentioned, he was focused on putting out daily fires rather than on the company’s growth strategy. This took a toll on his energy. As a 3, he became overly concerned with managing his image, needing to impress others and appear as though he were functioning effortlessly. Over time, this created the exact opposite of where he wanted to be: excessive work hours, not delegating, needing to control everything and feeling depleted from not allowing time to replenish himself.

This is often how choices and actions mask the real issue. In Paul's case, it was his fear of not being able to take his company to the next level. Spending his energy solving daily challenges made him feel accomplished but allowed him to avoid his fears around his ability to succeed in a newer, more complex role. The idea of change created fear. Paul needed to get outside of his comfort zone and take responsibility for what he really wanted. His fear led to thoughts of:

I don’t have the time.

I can’t figure out how to make it work.

During a session with Paul, I invited him to face his fear rather than resist it. I encouraged him to stay present with it while breathing. Within a few minutes, his body relaxed and he felt more energy. I then encouraged Paul to take responsibility for his choices that led to his being overworked.I asked him, "If you were fully committed to having more time for strategy and your passions, what would you be doing?"

Paul paused. He began to recognize his resistance to making key hires who could oversee the daily issues. We also reframed delegating control to a paradigm of sharing power. He began to see a path that would allow him to focus on his area of genius, where he felt the most energy and excitement. Sometimes, clients have these realizations quickly. Other times, I invite clients to ask themselves the question a few times a day and allow space to see what arises.

Cultivating A Plan: Restoring Your Power And Your Passion

Here are the next set of essential actions required to begin cultivating changes in your daily work/life.

5. Commit to regular time for personal development and strategic thinking — space to think and feel. Begin with a couple of hours each week and expand from there.

6. Begin to identify your wants and what could bring more energy into your life. Focus on activities that boost a sense of intrinsic happiness.

7. Plan/incorporate those experiences into your week, both at work and at home.

8. Continue to identify obstacles or fears; create solutions to take one step forward.

Paul soon began talking more about what gave him energy instead of what was getting in his way. His self-discovery time increased each week. He continued to meet and engage with new people. These conversations multiplied new ideas, and his creativity reawakened. He delegated more and made decisions more efficiently. His team felt more empowered and energized, and they gave Paul positive feedback on having greater autonomy. His wife and kids noticed a change in Paul as well. He was more present and upbeat at home. This was Paul getting unstuck and facing his fears. This was Paul cultivating his full potential, becoming an authentic leader at work and at home and standing in his power.

During this process, Paul began to notice what really mattered in his life. He wanted to have the freedom to be creative and express himself without limits. This is where his passion lived. Beyond giving his customers the best possible client experience, he wanted his ideas to improve people's lives. Finally, he wanted to help others grow to be their best selves at work. This was Paul’s purpose.

As an executive leadership coach, I’ve found it essential for both established and developing leaders to commit to ongoing inquiry to be truly effective, authentic and happy in their careers.

This is the work I’m often engaged in — helping seasoned leaders rediscover their power, joy and passion (and purpose) and helping young leaders who are on a path to consciously align their work and how they live with their true passions. Paul’s story is an example of how you can find your way back and reach your full potential.

In my next article, I’ll discuss how to connect to purpose and what matters most.