The Blaming Strategy: The Least Effective Way To Get The Results You Want by Jack Craven (As Appeared in Forbes Article on 5/12/17) 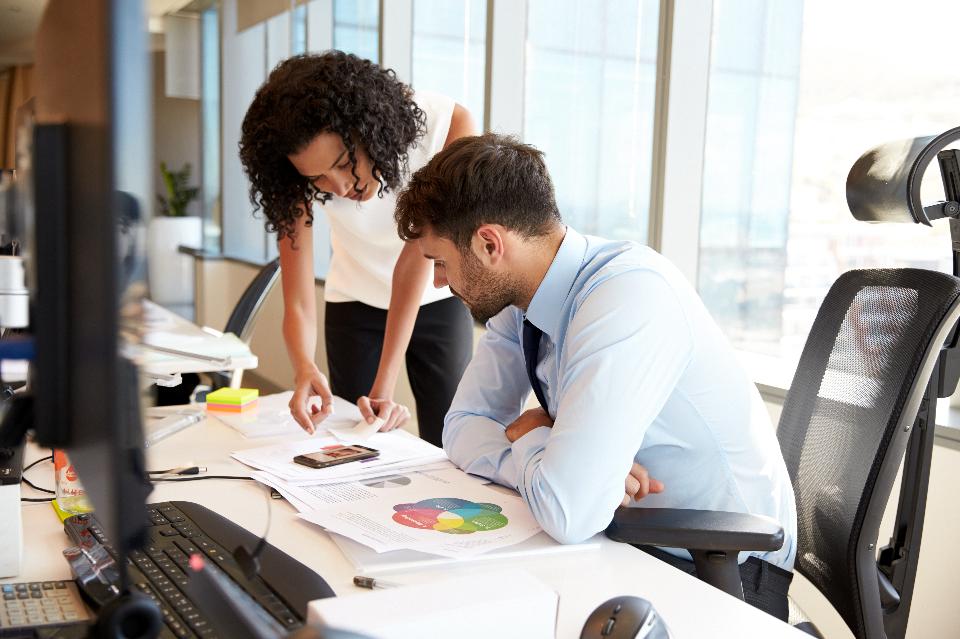 *The Blaming Strategy: The Least Effective Way to Get the Results You Want by Jack Craven as featured in Forbes.com on May 12, 2017

We don’t think of blaming as a strategy, yet it is our unconscious reaction when we don’t get the results that we want.

There's a famous line from the 1983 classic movie, The Big Chill. Jeff Goldblum’s character, Michael, says, "I don't know anyone who could get through the day without two or three juicy rationalizations. They're more important than sex."

The same holds true for blaming. Could you go through a day without blaming the weather, traffic or someone in your company?

Now, think of the cost of blaming. We don’t get the results we want and we waste a lot of time and energy by blaming and gossiping about an issue. Blaming allows us to avoid responsibility rather than create solutions.

Are you trying to do anything differently, or is the plan to do the same things over and over, expecting different results (a la Albert Einstein)?

When we blame, we get defensive and don't think with the creative parts of our brain. We are more interested in being right than changing our behavior, taking responsibility and getting the results that we want, according to The 15 Commitments of Conscious Leadership.

Ready to end blame and get the results you want? Here’s what you need to do:

When you aren’t getting the results that you want, catch yourself when your first instinct is to blame. Keep a mental note each time blame thoughts arise. Notice how often you talk about the issue with co-workers. Notice your energy, focus and health as you think about the issue. According to a study, “constant bitterness can make a person ill.”

Now that you notice how often you blame and how much unproductive time you spend blaming, you will have more time to be focused on being creative in changing the strategy and the outcome. I call taking responsibility "looking in the mirror." By that I mean, what’s my role in the outcome and how can we change?

For example, a CEO I know had an open door policy and got frustrated when he continued to hear office gossip about some of the decisions that he made. He was angry at his employees for not taking advantage of the open door policy. It wasn't until an outside coach came in that he realized his employees felt that he was defensive when they gave him constructive feedback or questioned decisions when they came into his office. Identifying this blind spot was a huge shift for the leader. He started measuring his success by the results of his decisions.

3. Encourage others to adopt your new approach.

This concept is tied to how decisions are made. The more that others are a part of the process, the greater the buy-in you will get. Start by telling your team that you want to make better decisions and want team buy-in. One way to get these results is by asking for their input. They don't need to have final say. Give the team an opportunity to share their ideas -- how to make the idea a success and what challenges they see. Then discuss how to overcome as many challenges as possible. Now the decision will be more tested and the team will feel involved and invested in the outcome. It's everyone's idea, not just your idea.

4. Look at each opportunity as one to learn.

Here is how the blame-free model plays out in a real-life example:

A leadership team discovered that production worked overtime and made six weeks worth of supply of a product instead of six days supply. This had a negative impact on cash flow, employees’ time, warehouse space and the sales team, who would have to spend more time selling the oversupply.

Immediately, the leaders’ thoughts went to blame. “How could this have happened?” “It’s the production supervisor’s fault.” “Who else should have stopped this?”

Within minutes, a short list of targets to blame was created. The difference is that this team has been practicing being a blame-free workplace for years. While our brains have a tendency to be right and to blame, we can create new approaches and change how we react.

The CEO took a breath and opened by saying, "What can we, as a company, learn from this and what's my 100% responsibility in this result? I could have asked each department head to put better departmental controls in place so that production has a double check to only produce what is required."

The CFO spoke next. "I can set up financial controls tied to production to ensure that sales and production are aligned before each shift." Each leader took guidance from the CEO and took their 100% responsibility.

Within 30 minutes, there were several new control measures in place. They brought in the production supervisor to discuss his 100% responsibility and the new procedures. The leaders then tackled the next items on their agenda. One-hundred percent responsibility does not mean that there is no accountability -- to the contrary. Each person needs to do what they say they are going to do, and set consequences if the results do not meet expectations. Which plan sounds more productive and results-driven?

Now return to your issue. If you took away the blame, what actions would you take differently? How would you approach your issue by focusing on the results and each person’s responsibility?