Withholds within a company 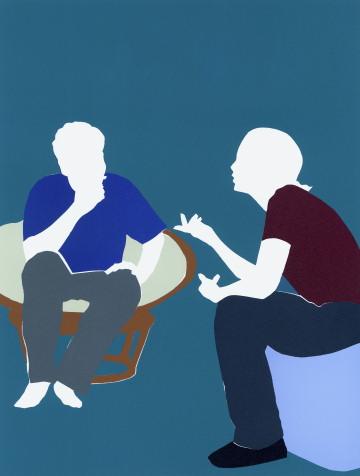 I recently had an opportunity to meet with many corporate teams.  One of the first areas we discussed was the transparency of communication between teams and leaders.  At each meeting, there was a pause and the room got quiet. The mood felt heavy.  This was obviously a sensitive area. I asked each leader if they believed gave their teams clear direction on expectations, priorities and goals. They all felt that they did. I asked the leader if they wanted their teams to be honest and open if they had a concern that they felt important.  All said, "Yes." I then asked the team members if their leaders gave them clear direction on expectations, priorities and goals.  Most said, "No," or "It changes a lot."  Did the teams feel comfortable expressinig concerns to other team members or their leader?  Most again said, "No." Why didn't the teams fully reveal their concerns? The reasons varied, but they were nearly all based on FEAR.  They feared revealing their true thoughts because it was contrary to the leader's direction, that the leader often got defensive and wasn't open to feedback or alternative points of view; that others might see them as a complainer, that they would not be seen as being a team player/supporting the company's direction, or that it might hurt someone's feelings, etc.  So what can leaders and teams do to improve honest and open communication - especially when there are differing points of view?  Encourage and be open to ALL feedback. Rather than viewing feedback as positive or negative, it is all valuable FEEDBACK. Breathe as you listen to feedback and notice if your tendency is to be defensive or to think of reasons that you are right. THANK the person giving you feedback.  Allow their feedback to land and be open to what you can learn from that feedback. Leaders should regularly ask their teams, "do you know what is expected?" "Am I being clear on direction and priorities?"   "Do you have any concerns?" As each team began to share the thoughts they withheld, valuable information was shared to their leaders.  They felt that a weight had been lifted.  The energy in the room turned to being more light and positive. People laughed. The universal feedback was that these withholds were a major distraction; teams were stressed, and it was hurting the companhy.  Time to move forward in a more positive, productive and authentic way.